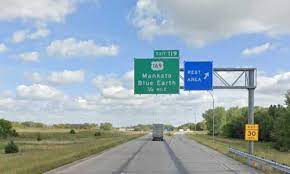 That’s it. Stick a fork in the 2022 Minnesota Twins. What started as a season with so much promise has fizzled out in the dog days of August. After losing again last night for their 6th 1st consecutive loss, the Twins find themselves 4 games a game and a half behind the Guardians. So in honor of their late season collapse I have found the best video on YouTube to commemorate this lost season.


Full Disclosure: This blog was written on Friday morning before the Twins made me look like a complete idiot and swept the Giants.

Editor’s Note: As Deno said, this blog was originally (mostly) written on the morning of August 26, 2020 but didn’t get submitted for the editorial review until yesterday. That said, we’re going to keep the spirit of the blog alive and it’s part of the bit now since it’s following a one game losing streak. You’re smart. Eagle Eyed readers may have already noticed two minor edits in the first paragraph. If not, there’s no shame in going back and looking for them.

We move on from the Twins to 2 teams that never let us down, the Minnesota Vikings and Golden Gopher Football. The Gophers open up the season against the biggest tool bag in the world Jerry Kill, who may or may not be in love with PJ Fleck’s first wife.

One thing I absolutely hate about football season is the local news stations recap show immediately following the game. Do I want to watch some no name junior sports anchor, alongside a washed up former player breakdown a win (or worse) a loss?

I would rather watch the national game in the 3:00/3:25pm slot. Those games usually feature good teams that even casual fans would enjoy watching. Skip the recap and just give us more football. Yeah.

That all being said, there’s absolutely zero chance that the Gophers or the Vikings disappoint us more than the Twins have so far.

I’ve said a lot of mean things about this state over my time here at 10,000 Takes so I thought I’d leave you with a positive. I recently started driving out of state for work and have noticed that Minnesota has, pound for pound, the best rest area system in the Midwest.

For someone with digestive issues like myself, rest areas are a Godsend so having clean, Wi-Fi outfitted rest areas is a plus. So good job Minnesota, thanks for making my poops more bearable. Be on the lookout for more poop related content.