On the week of the 25th Anniversary of Happy Gilmore whooping Shooter McGavin’s ass in the Waterbury Open, we had to share our picks for the upcoming PGA event this weekend. Before we give our winners, can we talk about Adam Sandler’s recent tweet? Sandler tweeted out a video this week of him dressed like a dude at some local muni wearing sweat-shorts and a baggy polo that he borrowed from Bubba. On his first try, Mr. Gilmore performed his famous tee shot and absolutely smashed the shit out of it. This was followed by Patrick Reed’s hero Shooter McGavin responds with a sleazy rebuttal video of him making a putt in his living room and talking shit. 25 years later, the rivalry still lives on.

The Field at the Genesis Invitational

I think it would be an easier to task to say which studs AREN’T playing Riviera this weekend. This field is a fucking A+ on any grading scale. 16 of the world’s top 25 ranked golfers will be showing out. Dustin Johnson, Justin Thomas, Jon Rahm, Bryson DeChambeau, Rory McIlroy, Brooks Koepka, Xander Schauffele, you name it. The only guy who we are all really missing this weekend is obviously the GOAT, Tiger Woods. Even without him, there’s enough starpower to move the needle.

Even after the elite tier of golfers, we still have guys like Collin Morikawa, Patrick Cantlay, Tony Finau, Jordan Spieth, Viktor Hovland, and so many more. That’s also not even mentioning last year’s winner, Adam Scott, who took down DJ, Bryson, and Rory in the final round last year.

Is Jordan Spieth back?! My answer, no. Not yet, at least. The Spieth of old wouldn’t be choking away a two-stroke lead going into the final day as he did at Pebble Beach. He also was in the final grouping the week prior at the Waste Management Phoenix Open and proceeded to blow that one too. Back-to-back Top 4 finishes is something that a Spieth fanboy like myself can look forward to, but we need to see it against a powerhouse field like this one.

As you can see, we only showed golfers with odds inside 100 to 1. This field is similar to that of one of the four major championships. Therefore, betting on a tournament like this will need a little different approach. Let’s take a look at who we like and how we can win some money. For a general approach to betting golf, and other sports now that football is over, you should check out my blog earlier this week.

With a field like this, none of your bets are ever safe. In each of the last three years, the winner has been decided by two strokes or less, meaning that it is almost guaranteed to come down to the wire. Shit, I’m even rooting for a good ole’ fashioned playoff. To win money in a tournament like this, you have to look at the history of the tournament and who has played well. It’s extremely unlikely that a newcomer to this course will come out and take down this field of golfers.

Our advice is to choose up to 5 golfers who you believe can win this shit, but you want to sprinkle a little coin in some intermediate players too. Don’t be THAT GUY who just takes DJ, JT, Rahm, Rory, and Bryson for $50 each. Yes, if one wins, you’ll grow a profit, but that’s not a sustainable way to profit money when betting golf. Just look at last year, Adam Scott took down an incredible field, so while it’s smart to take a favorite, you need to find this year’s potential Adam Scott as well.

Rory McIlroy (12-1): Rory loves Riviera and we love Rory. After falling just short last year, I could see Rory coming out hotter than a spoon in a crackhouse. Since this tournament switched over from the Northern Trust Open to the Genesis Invitational in 2018, Rory has finished T20, T4, and T5. You have to be great off the tee and a great long-iron player to win here, two things that Rory excels at. This course requires you to be versatile in your bag. This isn’t a course you can just bomb a drive and hit a little cheeky wedge in. It’s been well over a year since Rory’s last PGA Tour win, but don’t be shocked to see Rory will be tearing up Riviera and holding that trophy on Sunday afternoon.

Bryson DeChambeau (16-1): I am not a fan of betting two golfers that both hold odds that are under 20-1, but here we are. The only reason I am betting Bryson here is because you won’t get these odds the rest of the year. When Bryson starts tearing it up, he’ll be in the 10-1 or even less range. Finishing T5 last year, Bryson shot under-par in all 4 rounds last year at this course and that was before his huge weight-gain experiment (pic below). You can make a strong case that he’s far better of a player now and that bodes well for us. While he hasn’t done anything special since winning the U.S. Open last year, you don’t want to miss the Bryson train before it leaves your ass behind.

Collin Morikawa (30-1): The Cali native grew up about an hour from Riviera when he was a kid. He put together a respectable performance last year in his first start here finishing T26, which is something to build off of. The reason I love Mori this weekend is because Riviera CC is a course that will make you use every single club in your bag. His ball-striking ability is second-to-none. This motherfucker can hit any shot with any club in his bag. His confidence has skyrocketed since posting a couple rounds of 73 here last year. I think we are going to see another couple wins from Mori this year, and I’d love to see one this weekend.

Joaquin Niemann (50-1): Since his last missed cut in August last year, Niemann has four top-10 finishes. The dude is en fuego. He’s finished 2nd and T2 in his last two PGA events, so I’m riding the hot hand here. We’ve seen several guys over the last decide win this tourney, who were in the middle-of-the-pack in terms of Vegas Odds. Niemann reminds me a little bit of last year’s winner, Adam Scott. His performance at Riviera last year was pretty underwhelming, but with his improved ball-striking, he will get greens. If he can make putts, I think we will see his name on the leaderboard come Sunday. If you can get a good number on a Top-5 finish, feel free to bet that if you don’t have the balls to bet him to win.

Abraham Ancer (60-1): One of the smallest dogs in the fight, always seems to bark the loudest when the field is strongest. Ancer has never missed the cut in his three times playing in this tourney. He hasn’t put together many great performances either, but at least he has been giving himself a chance by making the weekend. As we said, he plays his best when the field is strong and he’s finished in the top 20 in 5 out of his last 6 PGA Tour events. Getting Ancer at this value is a no brainer. Plus, a simple $25 bet can net you $1,500. That’s cheaper than when @jackleverentz hits up a happy hour.

We talk about guys who changed the game of golf, but where the fuck is Happy Gilmore in that conversation?! Bryson doubles his size in muscle mass, Rory is a Peloton God, Brooks looks like he curls 100lb weights at the turn. We have some bombers in the field this week but no one could do it quite like Happy. Good luck and let’s win some money this weekend!

P.S. – For your viewing pleasure, here are some PGA pros trying to pull off the Happy Gilmore drive. 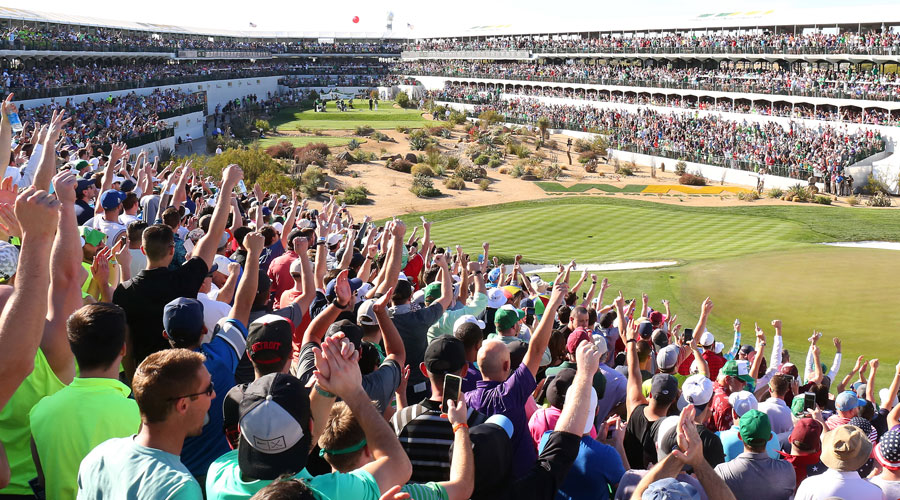 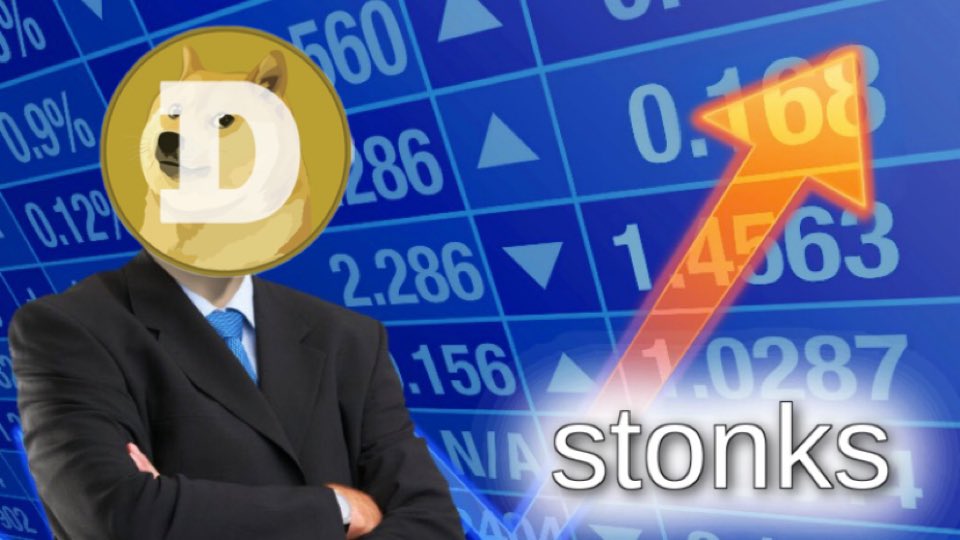 Dogecoin: From Meme to the Moon!