Just a guy taking the esoteric approach to life and sports.

Everyone loves a good old fashioned, subjective, useless, jaded “rankings” list of anything, from Minnesota’s favorite neighbors to the worst shaped tits (Marsh Tits, right folks??). So here is my totally biased list of the “Shittiest Fans in the Region.” I considered whatever the fuck I wanted to as a qualifier to be on this list.

I then realized that it’s not even close. Packers fans are the absolute bottom of the barrel (except for my “champion”, but more on that later). So I decided to make these cretins “Dishonorable Mentions.” Any fan that pays a team money to get a piece of worthless paper sent to them, then FRAME said piece of paper, put it up on the wall and point out “I’M PART OWNER!” deserves to be sent to the darkest pits of hell. I’m lookin right at you Becky.

Yes, Packers fans, I realize YOUR TEAM has won a Super Bowl (or 4). I also realize we have nothing but heartache and despair. But then again, Vikings fans don’t normally look like the Elephant man and smell like my old jock strap after a day of running sprints in 97 degree heat.

So here it is folks. Let me know what you think. Unless you’re a Packers fan. Then I don’t care what you think, and I suggest you listen to my pal Morty and get your shit together.

Goddamn Iowa. They can’t even win at being the worst at something. Seems pretty fucking easy. I had a buddy who was the Worst Husband of all time and all he had to do was screw everything that moved. But when you’re famous for CORN and your biggest rival is the Cornhuskers, you are a cuck. Plain and simple. A quick check shows they are, however, the best at dudes in spandex with Cauliflower ears rolling around on a mat together. Oh, and Gymnastics. Once. In 1969. Keep on keepin’ on Hawkeye nation. The Cornhole of the USA.

Ha! Gotcha! There actually aren’t any real Wolves fans ya dingus! I have a source that assures me that everyone in attendance for a T’Wolves game in the last 10 years is just an actor hired by ownership.

This hasn’t always been the case however, as I seem to remember the Wolves being…good??…was that a dream? Yup. It was. Nothing to see here. I’ve never heard the phrase “…All the marbles…I’m just loading up clips…I’m, ready for war” before. That was in a dream. A wonderful, beautiful, wet dream.

Yes, I am including the largest fanbase of all. Of which I am most definitely a part of. I had to include us because we ALL know a lot of crazy Vikings fans. They are the one’s that have an ACTUAL temper tantrum and cry in front of their wife after Favre threw across the body. (THAT PA CALL ON LEBER WAS TOTAL BULLSHIT. GREG WILLIAMS IS A CRIMINAL. THIS ISN’T DETROIT MAN, IT’S THE SUPER BOWL!!!) We’re all one of them. And it’s a terrible, terrible curse. An incurable, terminal disease, one might say. I myself am in the late stages of this deadly affliction. But I heard there’s hope for a vaccine soon!!! If we trade Cousins for……nah, fuck it. We’re all screwed.

Full disclosure, I’m am a lifelong Bison fan. I went to college and graduated from there; my grandparents were the men’s and women’s golf coaches there at the same time years ago. I went to every home game from 2009 thru 2014. I’d kiss Brock Jensen if I saw him on the street. But after winning, what, the last 89 FBS Championships, the luster wears off..at least for me. But HOLY SHIT, not for some people.

As long as a team wins, ND hicks will cover themselves head to toe in ugly as fuck Bison gear. The day I saw my mom in a Bison shirt, hoodie, sweatpants, and fucking horrendous looking SHOES, I knew the shark had been jumped…no LEAPED. These are the people that watch these lopsided, 62-10 victories year after year, and just can’t get enough. They know nothing about football. They weren’t braving the cold back in the 80’s watching Satter and Simdorn run up opposing defenses asses outside at Dacotah Field, and Phil Hansen preparing to lose 4 Super Bowls with the Bills. Rocky Hager football meboy: HB dive, HB dive, HB dive= first down.

Then something else happened. Carson Wentz got drafted. Goddamn Wentz Eagles jerseys started popping up everywhere in Fargo. Longtime Vikings fans started cheering for the Eagles. Yes, those Eagles. It was hard not gut punching these morons. Seems they’ve grown quiet now that the Golden Ginger has come back down to earth.

As you read this, there is a long line out the door at your local Scheels store comprising of a bunch of dum-dum worm suckers looking to get a fucking Colts Wentz jersey. Don’t get me wrong, deep down I root for him…but only to do mediocrely until he signs with the Purple in 5 years and leads us to our first Super Bowl. Then I’ll anoint him King of the Fucking World. Until then, let’s just realize Fartadelphia and Indiancrapolis are shit towns, and Wentz has been an injury prone letdown most of his career.

These folks are something else. Privileged to have the nicest college hockey arena in the country paid for by a casino owner who:

Yeah, let that sink in. And yes, that’s not the fanbase’s fault…but I don’t hear any of them up in arms about Dinglestad like they were when they were told that the mascot of their hockey team had to change. If they would have just gone with my idea: change the name of the team to “The Fighting Sue” and the arena to “The Ralph Engelstad Was a Shitstain” Arena. How about FargoDome North? Much better.

Oh, and they found a printing plate in his war room, the one’s that are used to make license plates. This plate said, “Hitler was Right.”

UND, change the name of your arena.

Just a guy taking the esoteric approach to life and sports. 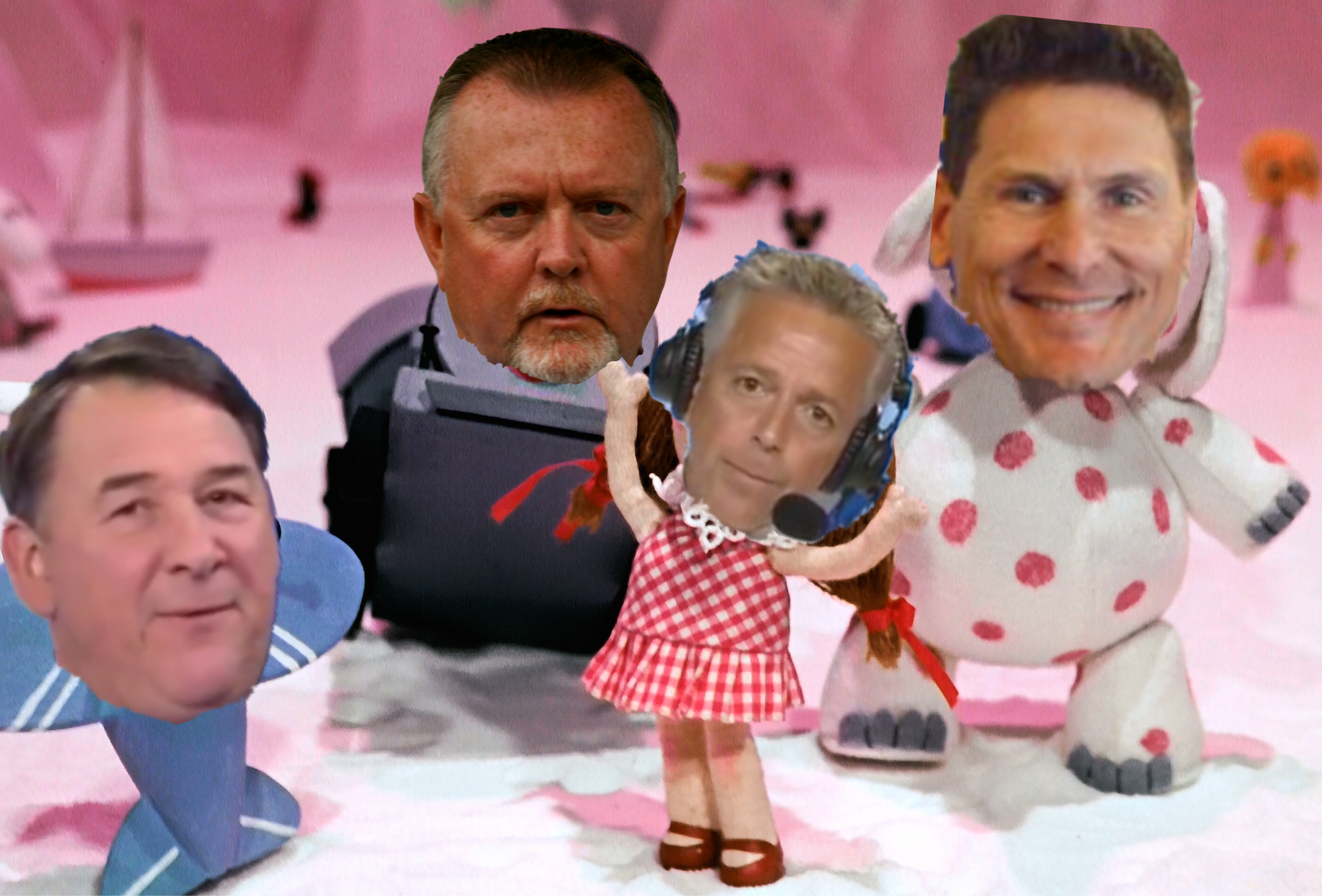 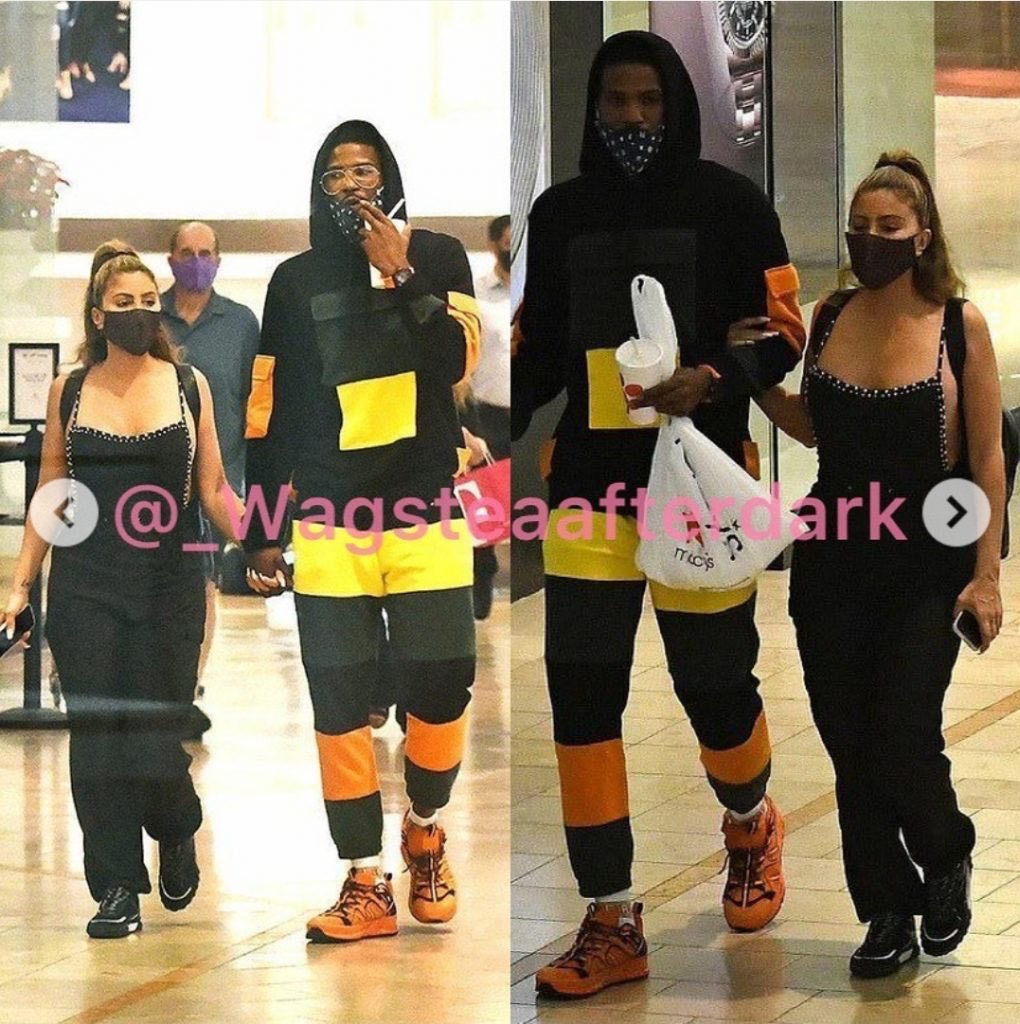 Malik Beasley is WILDIN OUT 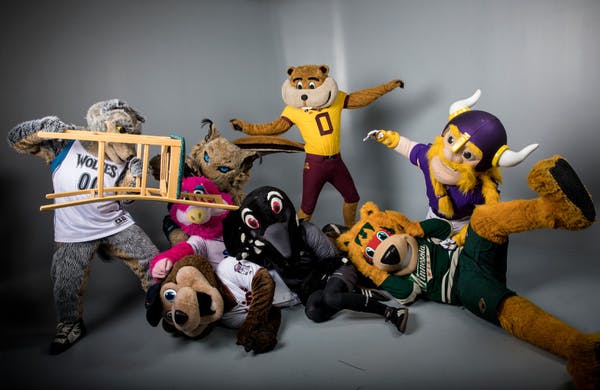 Who Wins in a Minnesota Mascot Cage Match?