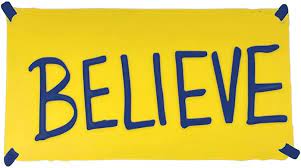 I’m not exactly a great wordsmith but let me paint you a picture. Close your eyes. It’s Sunday, February 12, 2023. A polar vortex has engulfed the great state of Minnesota. The time is 10:37pm. You pull into the driveway of your childhood best friend. As you get out of your car, your wet eyes are stung by the vicious cold. You approach the house and notice everything is dark. Moving quickly from the front door, you pass a table of half eaten wings. You debate stopping for a chip and some 7 layer dip but you continue on your journey. Then after exiting the kitchen you hear a faint noise coming from the basement. As you descend the stairs, you hear nothing. You have stumbled across the best moment anyone could possibly have as a sports fan. Your team has FINALLY won a championship, and the room has quieted down from the initial yelling and everyone looks at each other with tears in their eyes. The Minnesota Vikings are Super Bowl Champions.

Why It Could Be Us

Justin Jefferson. I have watched a lot of football in my 30 years and only 2 players have ever made me feel some kind of way. Randy Moss and now Justin Jefferson. Every time he catches the ball I think he will score. Every time he makes a move I think he will gain an extra 10 yards. I want every single pass thrown his way regardless of the coverage because a triple covered Justin Jefferson is still wide open in my eyes. I often find myself just watching highlight videos of him just running routes. It just looks different when he plays and I think he can lead the team to glory.

Kevin O’Connell. I know it has only been 1 game but wow what a breath of fresh air. Tempo, throwing to JJ regardless of coverage and most importantly an aura of confidence in his players. I don’t know the dynamic within the locker room but I have a strong feeling that he is beloved by his players. These are the kind of coaches that players love to play for and buy into. Since the beginning of the NFL only 2 rookie head coaches have won the Super Bowl and after the 12th of February, 2023 it will be 3.

Why It Wont Be Us

I don’t want to be negative in this blog so I will simply add videos of the Vikings failing before. I know you don’t have hours in your day to watch them all, so I’ve picked the most important ones.

For this next section of Vikings losses all I have to do is list the final score and the heartbreak will be real once again.

After all those losses, both in blowouts or at the buzzer, I still believe in this franchise. So once again, just close your eyes and imagine the scene I laid out to begin this blog. Why not us?